10 Places of Interest for Clarinetists

So you are planning your next clarinet getaway. Here are 10 of my favorite places to visit and things to do to feed my appetite for clarinet and more clarinet!

Home of Vandoren, the Paris Opera, and the Rue de Rome.

Home of the Buffet Crampon and Selmer factories.

The Metropolitan Museum of Art has a fantastic musical instrument collection. Hear great clarinetists at Lincoln Center and in Broadway Shows.

The Library of Congress has an amazing historic music and recording collection.

7. Symphony Hall in your Home City -

Hear the next generation of clarinetists perform, usually for free!

The absolute ultimate experience for anyone interested in the clarinet. Different location in summer each year. Visit ICA website

10. Midwest Clinic every December in Chicago -

Great performances, presentations, and vendor displays. Don't miss the Chicago Symphony and jazz on Rush Street! These are some of my favorites, please share yours! Visit The Midwest Conference website 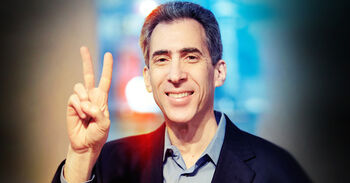 Mitchell Estrin is Professor of Clarinet at the University of Florida and Music Director and Conductor of the University of Florida Clarinet Ensemble. He is President of the International Clarinet Association and author of the biography Stanley Drucker Clarinet Master published by Carl Fischer. Estrin performed as a clarinetist with the New  York Philharmonic for over twenty years in hundreds of concerts and on 19  tours. As an international concert artist, he has performed in 37 countries on 4 continents. As a studio musician, Estrin has recorded dozens of motion picture soundtracks for Columbia Pictures, Walt Disney Pictures, Paramount Pictures, MGM, 20th Century Fox, United Artists, and Warner Brothers on feature films. They include Fargo, Beauty and the Beast, Aladdin, Interview With a Vampire, Home Alone 2, Pocahontas, Doc Hollywood, Regarding Henry, The Untouchables, and more. His television credits include recordings for ABC, NBC, CBS, CNN, HBO, TBS, and ESPN. Learn more about Mitchell Estrin.