an Interview with Danny Harrington

Can you tell us about your introduction to music, your education and some of the people you've studied with?

Danny Harrington: My father was an early jazz lover. Every Sunday morning he would put on his 78s of Louis Armstrong, Bix Biederbeck etc. He would talk to me about what he loved about the music. These were great simple times that helped to shape my life.

At the age of five he took me to the local music store, in Warwick RI, to pick an instrument to study. I wanted to play the saxophone, but was told if I was going to be serious about this I had to start on clarinet. I was five so I went along with the plan. It was years later that I understood their thinking. If you can play the clarinet the saxophone will feel like a kazoo with keys. I studied with Ed Ragosta until I was twelve years old. I was losing interest as all my friends were playing guitars and drums. It wasn’t the coolest thing to be a clarinet player at this time.

Through the next twelve years I played my horns very little. I returned to playing seriously in 1974 and I studied with Teddy Casher. I entered Berklee in 1975 and studied with baritone saxophonist Tom Ansatos and then for three years with Joe Viola. I studied with the great Danny Bank in NYC from 1976-77.

How did you find your way to the baritone sax?

DH: In 1974 I graduated from Bryant College (now University) with a degree in Management and Economics. There were not many job offers that year so I took some odd jobs to get by and started hanging out in some of the clubs in Providence. I met a couple of musicians who were forming a band and they were looking for a sax player. I told them I had an alto and they asked me to come to their rehearsal. I had no idea what I was doing. They let me stay, but the trumpet player suggested I take some lessons and this is when I met Teddy Casher. I took some lessons on alto and tenor, but I don’t think either one of us felt I had anything going on.

I had been playing some gigs with a guy who owned a music store and one night he showed up to the gig with a baritone sax. He told me that he had taken it in trade and he wanted me to take it home and see how it played. From the first note I played there was something different. I had no idea what it was, but it was different.

I took the bari to my next lesson with Mr. Casher and he started to laugh as I was playing. I asked him what he was laughing about and he said, ”I hate to tell you this, but you’re a bari player.” From that day forward that is what I have been. That horn I was playing at that lesson was a Conn low Bb late 1960s. It came with a Runyon #5 mouthpiece. I wish I still had that horn. How many of us have said that?

Can you tell us a bit about your career and your work at the Berklee College of Music?

DH: I entered Berklee in 1975 and had the good fortune to study with Joe Viola. Joe was one of the best woodwind teachers in the world. It was a great honor. I also had the opportunity to play in some of Herb Pomeroy’s ensembles. It was a great time to be a bari player at Berklee. Joe Viola and another saxophone teacher, Tom Anastos got me started on bass clarinet.

All of this led to gigs in Boston. It was a good time to find gigs. I had the good fortune to play shows with the Four Tops, Temptations, Gladys Knight and many more. In 1978 I joined the Tommy Dorsey Orchestra and toured with them for a year and a half. That was an amazing learning experience. It taught me how to be a professional musician and take care of business. When I left the Dorsey band I was offered a part time job at Berklee teaching woodwind labs and ensembles in 1979. It is now 2016 and I am still there. I am blessed to have the opportunity to work with so many wonderful students and teachers. I primarily teach the theory of American popular music along with a small jazz band ensemble. I have been on the faculty for 38 years and for the most part I have been the only baritone principle on the faculty.

Why do you think Harry Carney is held in such high esteem among musicians, especially baritone saxophonists?

DH: I think the first thing about Harry Carney is his life long membership In Duke Ellington’s legendary saxophone section.  His association with Duke Ellington for 45 years and the struggle that they went through to play such beautiful music in such hate- filled times is astonishing. As a baritone saxophonist I think of Mr. Carney as the father of the horn. I know there were others before, but his musical elegance on the horn has never been duplicated. He was rock solid on the bottom of the section and in total control when Duke gave him the lead line.

Harry Carney also had a sound that is "God-like." Like many of the great players back then, they had to have great sounds to be heard. There was little amplification so your ability to project and support your sound was essential. He had it all. He was the anchor at the bottom; the supreme lead player at the top and his melodic sense is still untouched. 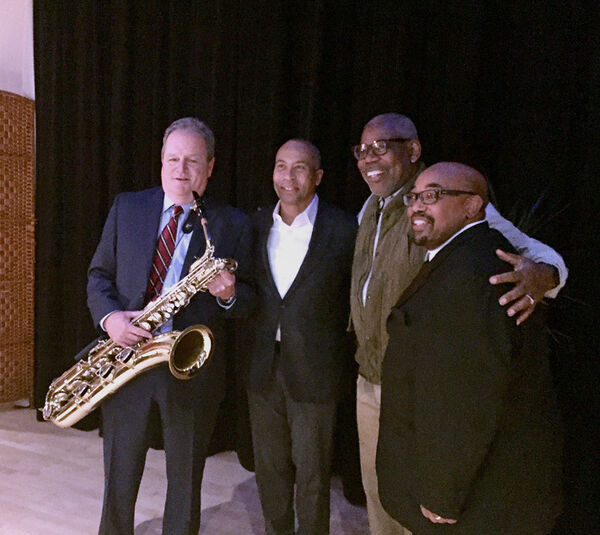 How did one of Harry's saxophones come to reside at Berklee?

DH: At the end of Harry’s life he was playing a Conn 11m low A bari. It was a late 1960’s model. When he passed away, the horn somehow came into the possession of Pat Patrick. Pat is primarily known for his life long association with Sun Ra. Pat Patrick’s son is Deval Patrick (the former Governor of Massachusetts) and after Pat’s death, everything was left to his children.

A few years ago the Patrick family donated all of Pat Patrick’s work to Berklee’s Africana Studies Department. There are so many papers and photos in this collection; it is truly a walk through 20th century American music and sociological history. Last year Governor Patrick and his siblings decided it was time to give Mr. Carney’s horn to the Berklee’s Africana Studies Department. Their wish is that the horn will be on display for all who visit our college to see.

How would you describe the saxophone, how did it play?

DH: It’s Harry Carney’s last horn so I was overwhelmed the first day I was allowed the honor of playing it. There are some photos of Pat Patrick playing the horn, but I believe he mainly played a Selmer low A.

Cosmetically the horn is in amazing shape. Even though the lacquer is in great shape, the body has one small ding on it and the pads are old. The horn does need a complete overhaul if it were to be played regularly. If the college’s intent is to let it sit in a plexi-glass case then an overhaul may never happen.

I had Jack Finucane, one of Boston’s finest repairmen, tighten it up enough so I could play it in at the gifting ceremony. It is a great horn and even in it’s state of disrepair it was so much fun to play. I have never been a low A fan and have never had anything good to say about those horns. This, however, is an amazing instrument. It hangs great around your neck and it’s sound is big and beautiful.

The setup I used was the same I have played in my 10 years as a Vandoren Artist. I use a B75 mouthpiece, Optimum ligature and Blue box 2 ½ reeds.

What makes a Conn so special?

DH: I've played a Selmer Mark VI for twenty years. I've found an old Conn in pieces and had it fully overhauled. In my mind I thought it would be a great back up horn. When it was finished and I played a few notes on it and was blown away by the sound. I still wasn’t sure about how it felt in my hands. It was cumbersome compared to my Selmer. I had a conversation with Gary Smulyan, who also plays a Conn, and he said you have to make a choice, you can’t go back and forth.

I took both horns on a gig and by the second set I was playing only my Conn. I sold the Selmer two weeks later and have never looked back.

My horn is a Naked Lady from 1934. Gary Smulyan’s is a 1933. Gerry Mulligan had two Naked Ladies around the same time, as did Joe Temperly.

Craftsmen made these older horns. There were no computers. The Conn bell appears to be larger and they have rolled tone holes. I am over my head at this time, but the one thing is the sound. These horns are sound machines, nothing else compares.

Will others have an opportunity to see this horn in person?

DH: Yes they will. It will be housed in the Africana Studies Department. It is my hope to get the horn overhauled and two times a semester bring it out for someone to play. I am not a fan of taking these great instruments and turning them into trophies.

Thank you, Andrew Hadro, for this opportunity to talk about this great instrument. 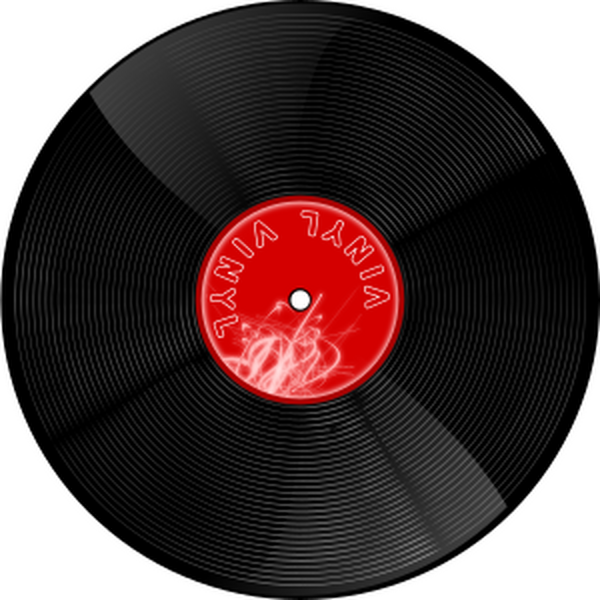