Diversitonic: The Album That Brings People Together

Tell us about your album, Diversitonic. What does the name of the album mean and where did you get the inspiration to record this album?

My plan to record Diversitonic took place during the pandemic and my 75th year on the planet. The fork in the road was either to sit on my past or take it into the future. There had been mass confusion going on in our society for a number of years, having to do with many unresolved issues.

Everybody does what they do. I just happen to be a fourth-generation musician and third- generation saxophonist, who turned pro it in 1959 and continue the music tradition. Diversity is a fact of life and music is often a tonic that brings people together.

What were some of the album influences? Musically you have a wide variety of music, from Duke and Mercer Ellington to Charlie Strouse’s All in the Family theme, to Benny Carter, and last but not least the music of Bill Easley, your music.

I have been listening to recordings my whole life but, in fact, I started listening to music in the womb. Recent generations know most of what they know from listening to records. Most of my development (for better or worse) has been on-the-job training. The work experiences of my early career are no longer an option.

It would take too long to describe the past 62 years in terms of variety and genre. A brief sketch is available at BillEasley.net. Ellingtonia and Benny Carter are real parts of my past.

My idea to record the theme from All In The Family came about years ago. Kyle Koehler and I were playing an outdoor concert in Buffalo NY called the Pine Grill Reunion. We put a Funky groove on Those Were The Days and people were dancing on the grass. Every time we would play together after that one of us would suggest “Let’s play our hit.”

Norman Lear is just pure genius… All in The Family was pure satire. I simply took Archie and Edith a bit further uptown and suggested that the good old days means different things to different people and were not totally good. The fade on the end takes me back to the church as a little boy, hearing an old lady sing a song that I didn’t completely understand but could feel something about the message.

My two originals on the cd address everyone’s reality Wherever You Go, and There You Are. The first is my attempt at being contemporary. I call it instrumental hip hop for the elderly insane (a very neglected demographic of which I am a proud member.) There you Are is totally improv in the moment. No plan. PLAY!!!!!! One take only. Never to be played again. A trip into the present moment, mistakes and all, with no intentions of returning. Just a photograph.

"Diversity is a fact of life and music is often a tonic that brings people together." - Bill Easley

How did you start composing and how has your approach evolved?

I am an improvisor, which is an instant composer. If I chose to I could write 50 tunes a day. Just don’t have that kind of discipline or ambition. I have other things to do, like living my life and taking out the garbage.

When they handed me a clarinet at age 10 and taught me three notes: F  E  D. Right away I put one two and three together and started playing the Twelfth Street Rag... I still approach my music and my life the same way. I just try to connect the dots in the best way that I can. There are times when I feel I am getting better at it and other times when I have no idea of what I am doing.

When did you record this album and what was that process like?

The record was made in 2021. Hired local musicians and booked a recording studio with the help of Durham drummer John Hanks. I have lived in Durham NC for four years and for some reason never fit in. Probably excess baggage? At some point I decided to bring in a ringer, Kyle Koehler, one of the flame keepers of the Hammond B3 Organ. Keep in mind that I have probably played and recorded with more of the Hammond B3 organ masters than any saxophonist.

Where can listeners find your album?

The record is out on the Sunnyside Label, which is run by my old friend Francois Zalacain. The staff at Sunnyside is beyond excellent. If you were to put the word Diversitonic in your browser, where to find my record would come up in dozens of places including the trunks of a few people’s cars. Also it's on the modern-day invisible forms like streaming.

What was the best piece of advice you received from another musician or mentor?

Worked 1968 – 1969 with George Benson. His bandstand was one of the greatest places that I have ever been. (and I have been on many) There were nights when George would holler at me, "LISTEN !!!" Can’t think of any other better advice. Still learning to listen and wish some others would do the same, on and off the bandstand.

When did you start to feel that music the equalizer, how did you come to feel this way?

I have always felt that music is the great equalizer, even though I have only been studying human behavior for 76 years. In the beginning was the note, and then came the word so that we could all disagree.

How does your setup and being a Vandoren Artist impact your music making?

I’ve been a Vandoren endorser for years and Vandoren really exemplifies the message that I’m trying to make. My whole purpose is saying something. Vandoren caters to a wide variety of players; from beginners to masters in all genres of music. The possibilities are endless. Having been a Vandoren endorser, I’ve finally found my sound at 76 years old. I know how to make every reed work, every time.

As it relates to Diversatonic, let’s take apart the name. Diverse meaning reaching lots of people and then tonic, the root of the word meaning tone. Everyone can find their own tone. And that’s why Vandoren is impeccable because it has the right thing for everybody. 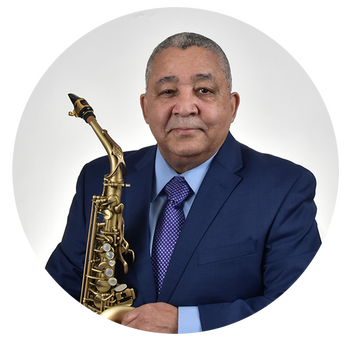 Bill Easley has had a diversified career as a professional musician. He joined the musicians union, Local 115 in 1959. 2019 marks the 60th year of his professional career. Bill represents the fourth generation of a family dedicated to music.

Bill started playing professionally with his parents at the age of thirteen. The Bob Easley Combo played country clubs, dances, and nightclubs in and around his hometown of Olean, NY. This early experience gave him the foundation on which to build a long and rewarding career.