Finding the Words: A New Arrangement for Four Clarinets

with Michael Markowski and David Gould

Composer Michael Markowski and clarinetist David Gould discuss a recent virtual recording project, Finding the Words, originally written for saxophone quartet. Michael and David explore this new arrangement for Eb, Bb, Basset horn, and Bass clarinet. Listen to each movement below with an additional full interview about the piece.

Listen to the Clarinet Version

Listen to the Saxophone Version

How did Finding the Words come about?

MM: Finding the Words was originally commissioned as a saxophone quartet by a consortium of saxophonists and teachers organized by my friend, AJ Pratt.

How did you go about composing it?

MM: The piece is constructed in three short movements. Although each movement is motivically and thematically unconnected, each brings its own personality and "language" to the fore which, perhaps, connects them poetically. For instance, the first movement is called "Five-Dollar Diction" and is defined by fancy licks, fast runs, and other flashy phrases that add pizzazz but that maybe try too hard to impress.

By contrast, movement two, "Undefined," is a heartbreaking lyrical tune that seems to express some kind of emptiness — perhaps a longing to find meaning, purpose, or importance.

Movement three, "Foreign Tongues," is the most stylized of the three movements. Here, quintessentially latin rhythms dance with us, and although we may not understand the language, we are happy to try to sing along anyway.

Did you listen to other saxophone quartet pieces to get a feel for the ensemble?

MM: Absolutely. My primary instrument has always been the saxophone so I feel like it's the instrument that I might actually be the most qualified to write for.

How did the clarinet quartet version come about?

MM: As many of us have done during the pandemic, I wanted to collaborate remotely with some friends. In this case, it was one friend: clarinettist David Gould. I've always had the thought in the back of my mind that Finding the Words would sound really rich with four clarinets, so I began talking to David about what that might sound like. Before I knew it, David was dusting off his basset horn and reading through the adaptation to make sure we were in clarinet-friendly keys.

DG: I heard Michael’s saxophone quartet and absolutely loved it. I called him and asked if he ever thought of making a transcription for clarinets. The next day I received a transposed score and parts.

When you listen to this version do you regret any choices, besides the basset horn?

MM: Before this collaboration with David, I definitely had no idea what a basset horn even was or how widely played they were. For this reason, we decided to include a few "optional parts" in the set so that musicians can choose whether they prefer to play, say, the basset horn or an e-flat alto clarinet. Overall, I think the clarinet version is full of so much vibrance and personality, thanks, of course, to David's masterful playing. It's certainly not easy to create these virtual performance videos let alone accompany only yourself as David has done.

So, David, what's your take on the the basset horn?

DG: Hahaha, it was fun. The basset horn is a great instrument with a unique voice in the clarinet family. Since I didn’t own an alto clarinet at the time of recording (yes, I now have one…) I went with the basset horn.

"...the clarinet version is full of so much vibrance and personality..." - Michael Markowski

Recording the Piece and Setup

Did you have a process for recording these 4 parts?

DG: After studying the score I realized that I should record this music from the bottom up, so I started with the bass clarinet. I recorded one movement at a time then added each voice on top of the bass.

What advice would you have for someone looking to record multiple parts by themselves?

DG: Practice! Of course try and understand the music. Find the melodies, harmonies, and work on the intonation. Working on a project like this, in this way, really makes you understand the structure and development of the music. A project like this also truly makes you responsible for the entire musical performance, not just one part of an ensemble…I, haha, was the ensemble.

Could you talk a little about the optional parts for this piece?

DG: So it was really my fault, I mean suggestion, to have one of each different clarinet like the saxophone quartet has each instrument from soprano to baritone. I know the first two, and almost 3 parts could be simply played on b-flat clarinet plus bass, but I wanted the challenge. It is so thoughtful and useful that the 1st b-flat or e-flat are interchangeable. The fact that you could play alto clarinet or basset horn also makes this work more accessible for different groups to play. We are not all as nutty as I am trying to collect the entire clarinet family…

And lastly, let's talk about your setup for all of these instruments.

DG: Well, in a word, Vandoren.

For my Buffet Festival b-flat clarinet I use a BD5 13 mouthpiece, with Traditional 3.5 or 4 reeds, and a pink gold Optimum ligature.

The basset horn is a bit trickier because it is a very old Buffet instrument that uses a unique mouthpiece kind of a wide tenon mouthpiece with a very large bore. Years ago, I took an already old Vandoren German mouthpiece with a wider tenon. I bored the inside of this mouthpiece out myself and had my friend and mouthpiece genie Jean-Paul Gauvin from Vandoren adjust the facing to work better with softer reeds. I actually used both Juno 3’s and 56 rue Lepic 2.5 reeds with an Optimum ligature designed for German mouthpieces. Lastly, on bass clarinet, I used my old B50 with V12 3 reeds and a pink gold M|O ligature on my Buffet Tosca bass clarinet with Icon neck.

What’s next up for solo single-reed instruments from Michael Markowski?

MM: It may still be a few years away, but there may be a longer form piece for alto saxophone and wind ensemble on the horizon. Fingers crossed!

You have written many solo pieces and chamber music for saxophone, clarinet, and bass clarinet, thank you!

MM: Thanks for playing them! 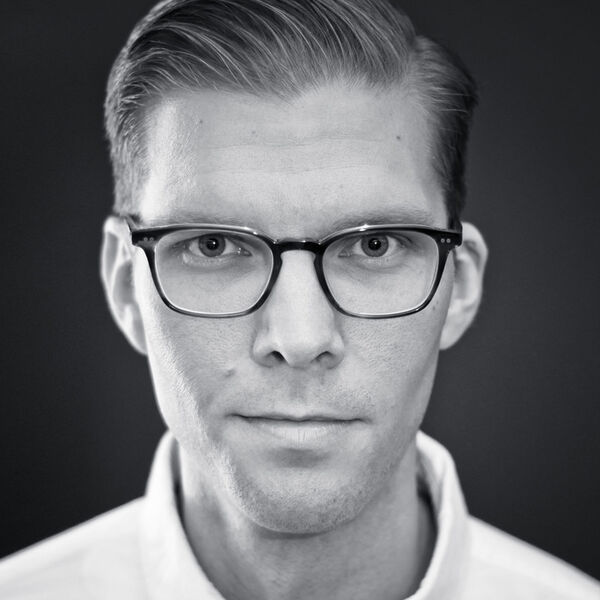 (b. 1986) is fully qualified to watch movies and cartoons. In 2010, he graduated magna cum laude with a Bachelor of Arts degree in ‘Film Practices’ from Arizona State University. While Markowski never studied music in college, he has studied privately with his mentors, Jon Gomez, Dr. Karl Schindler, and Michael Shapiro. He has continued this education by participating in a number of extracurricular programs, such as The Art of Orchestration with Steven Scott Smalley (2008), the National Band Association’s Young Composer and Conductor Mentorship Project (2008), and the NYU/ASCAP Foundation’s Film Scoring Workshop (2014) where he was named one of ASCAP’s Film & TV “Composers to Watch.” Mark Snow, composer of The X-Files and one of the workshop’s guest mentors, says Michael’s music was “extremely sophisticated” and “complimented the mood and emotion of the scene with unusual maturity and sensitivity.” Most recently, Markowski was invited to join the BMI Lehman Engel Musical Theatre Workshop (2015) as a composer and lyricist.

Shadow Rituals, one of Markowski’s first works for concert band, was awarded first prize in Manhattan Beach Music’s Frank Ticheli Composition Contest in 2006. Over the last ten years, Markowski has composed nearly twenty-five original works for wind band, nine of which were recently recorded in collaboration with the Brooklyn Wind Symphony, now available on iTunes. Joyride for Orchestra (2015) recently won the Arizona Musicfest’s young composer fanfare competition, and You Are Cordially Invited (2016) recently won a fanfare competition with the Dallas Wind Symphony. He has received commissions from a number of organizations including CBDNA, The Consortium for the Advancement of Wind Band Literature, The Lesbian and Gay Band Association, the Durham Medical Orchestra, the Florida Music Educator’s Association, and has received performances from the United States Air Force bands, The Phoenix Symphony, the Arizona Musicfest Symphony Orchestra, and from hundreds of bands around the world. He has been the composer-in-residence for the ‘Music for All’ organization (2015), the ‘Mid Europe’ international wind band festival in Schladming, Austria (2013-2018), and frequently visits junior high schools, high schools, universities, and community bands around the country to share stories about his music.

He is a member of ASCAP and currently lives in Brooklyn, New York. 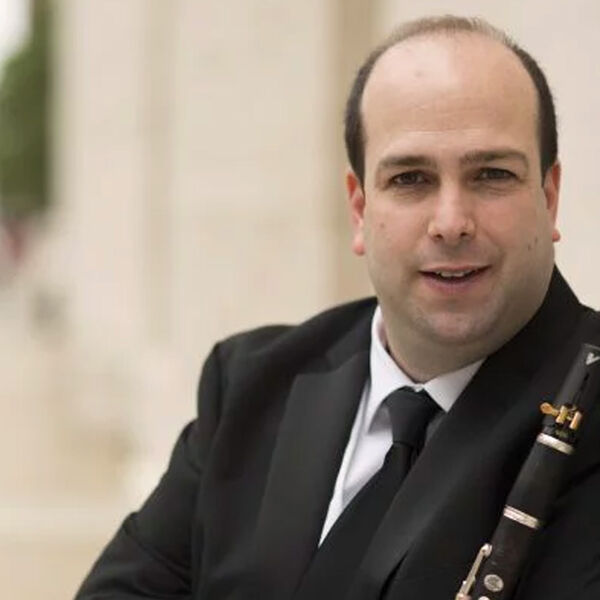 David Gould has been a featured concerto soloist in America and Europe in works by Brotons, Bruch, Debussy, Mozart, Hickey, Weber, and Strauss.

As a chamber player he has performed with the St. Lawrence String Quartet, the iO String Quartet, Nancy Allen, Philippe Cuper, Carol Wincenc, and the Polish Wind and String Players Ensemble.  He founded Ensemble 54 (clarinet quartet), and is a member of the Fuse Trio.

Gould has performed in the pit of many Broadway shows including La Boheme, West Side Story, Mary Poppins, Fiddler on the Roof, Pipe Dream, On the Town, Dr. Zhivago, The King and I, and My Fair Lady.

Mr. Gould has edited and corrected etudes by Alessio, Labanchi and Stark, and pieces by Rene de Boisdeffre, Cyrille Rose, and Paul Jeanjean for International Music Diffusion (IMD). He has recorded for Naxos, Mode Records, and MSR Classics. His debut recording The Forgotten Clarinet (2014) garnered critical acclaim in the clarinet community around the world.

He is a graduate of the Juilliard School, having studied with Stanley Drucker and David Weber. He was awarded the Harriet Hale Woolley Scholarship, to study music in France.  He attended the Académie Internationale de Musique et de Danse de la Lozère and studied with Jacques Lancelot.  Living three years in Paris, David Gould studied at the Conservatoire Paul Dukas in the class of Michel Arrignon and later at the Conservatoire National de Region de Versailles in the class of Philippe Cuper.

He completed both Superior and Honor level studies earning unanimous first prizes with special felicitations of the jury.

Throughout his performing career Mr. Gould has had a significant relationship and concurrent professional career working with Vandoren, the French manufacturer of the world’s finest reeds and mouthpieces.  For over 20 years he has aided in the development of new products as well as their marketing and promotion. He serves as the Artist-Relations manager, product specialist, director of the Vandoren Emerging Artist Competition, and is the director of the Vandoren Musician’s Advisory Studio in New York City for DANSR inc.

David Gould is a performing artist and clinician for Buffet Crampon and Vandoren.