Italian clarinetist and composer Luigi Bassi (1833-1871) was born in Cremona, Italy.  He studied clarinet with Benedetto Carulli at the Milan Conservatory and became the principal clarinetist of La Scala, the famous opera house in Milan.

In addition to his position at La Scala, Bassi was also an accomplished composer who contributed a number of significant works to the clarinet repertoire. His superb musical and technical abilities are showcased throughout his works.

Bassi’s compositions included 15 operatic fantasias for clarinet, based on themes from many of the operas he performed at La Scala. The Fantasia da Concerto on motives from Rigoletto by Verdi is the most famous and enduring of all of Bassi’s works, and performing this work remains immensely challenging today, more than 150 years after its composition.

In addition to possessing facile technique, it is clear from his writing that Bassi had incredible breath control and endurance. Anyone who performs the Rigoletto must plan their breathing very carefully and preserve their air, especially for the extended technical flurry in the final section of the work. In the twenty-first century, many players have learned circular breathing, and this technique could be very useful for the final section of the Rigoletto.

As is typical of the virtuosic solo works from the nineteenth century, there are many passages requiring advanced technical skills. A solid technical foundation is necessary to cleanly execute the many florid passages in the Rigoletto. The process for developing these skills begins with daily repetitive slow scale practice in all keys, gradually increasing the speed. This includes full range practice of all the scales - major, minor, chromatic, arpeggios, and intervals - in various rhythmic patterns. A quick examination of the score will reveal that the Rigoletto features many of these patterns, as was common in the music composed during this era. For more fluid technique, keep the fingers relaxed and close to the keys in the technical sections. You should also practice any technical passages that are uneven using altered rhythms to smooth out any imperfections.

To enhance both breath control and endurance, a daily warm up of slow long tones (using a metronome) is the most efficient way to develop these essential fundamentals.  As you progress in your long tone practice, continue to slow down the metronome to gradually increase the length of the phrases you can sustain without running out of air or losing tone quality.

I would also highly recommend listening to the opera Rigoletto by Giuseppe Verdi, the opera that Bassi drew his inspiration for the Fantasia. You will recognize the melodies that Bassi has incorporated in to his virtuosic showpiece. Listen to the style of the music and the vocal inflections of the singers to stimulate your ideas as to how to create a convincing and stylistically appropriate interpretation. After all, singing a beautiful melody is the goal of every musician, regardless of what instrument they may play.

I hope you enjoy working on the many challenges posed in Bassi’s brilliant showpiece and wish you good luck! 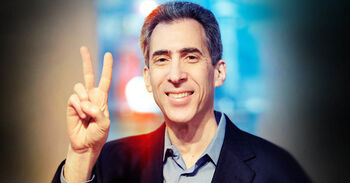 Mitchell Estrin is Professor of Clarinet at the University of Florida and Music Director and Conductor of the University of Florida Clarinet Ensemble. He is President of the International Clarinet Association and author of the biography Stanley Drucker Clarinet Master published by Carl Fischer. Estrin performed as a clarinetist with the New  York Philharmonic for over twenty years in hundreds of concerts and on 19  tours. As an international concert artist, he has performed in 37 countries on 4 continents. As a studio musician, Estrin has recorded dozens of motion picture soundtracks for Columbia Pictures, Walt Disney Pictures, Paramount Pictures, MGM, 20th Century Fox, United Artists, and Warner Brothers on feature films. They include Fargo, Beauty and the Beast, Aladdin, Interview With a Vampire, Home Alone 2, Pocahontas, Doc Hollywood, Regarding Henry, The Untouchables, and more. His television credits include recordings for ABC, NBC, CBS, CNN, HBO, TBS, and ESPN.