No More Chipped Reeds: A Beginner's Guide to Reed Care

Congratulations! You’ve decided to play the most awesome instrument around – the clarinet (or maybe saxophone, which is nearly as cool as the clarinet)! Get ready, because you’re about to enter a lifelong love/hate relationship with reeds.

Chipped, cracked, warped, and otherwise broken reeds are an inevitability for reed players, especially beginners. The cost of reeds can quickly add up, but thankfully, there are many ways to protect and prolong the life of your reed.

Here are my reed tips (pun very much intended) for proper reed care. Please keep in mind that this is not a guide for reed adjustment or further exploration of reed science – we’ll save that for another day! 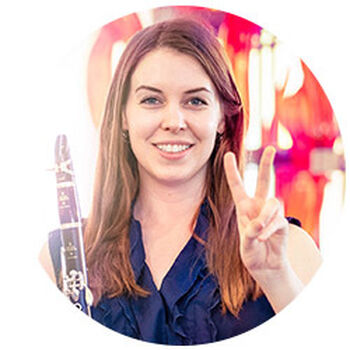 Vandoren Artist-Clinician Jenny Maclay enjoys a diverse career as a clarinet soloist, recitalist, orchestral player, chamber musician, pedagogue, and blogger. Jenny was the recipient of the 2015-2016 Harriet Hale Woolley award for musical study in Paris, where she was an artist-in-residence at the Fondation des Etats-Unis. She received her Master of Musique, interprétation, et patrimoine at the Versailles Conservatoire in the class of Philippe Cuper and her Doctorat en musique – interprétation at the Université de Montréal in the class of André Moisan. She has achieved a number of other notable musical honors, including selection as a prizewinner, finalist, and semi-finalist for such international competitions as Concerts Artists Guild and Astral Artists. Most recently, Jenny was an invited recitalist at the International Clarinet Association ClarinetFest in Knoxville, Tennessee, where she performed a collaborative duo recital with Sauro Berti, solo bass clarinetists of Teatro dell’Opera di Roma. Other recent prizes include 1st prize at the 2017 Clé d’Or international music competition and highest ranking clarinetist at the 2016 Tunbridge Wells International Young Artist Competition in England. Visit jennyclarinet.com

Learn about Vandoren JUNO reeds, the only reed specifically designed for students.