When did you know you wanted to be a musician? Can you give us a little background on how you got your start?

I’d say that I officially committed to being a musician in college once I met enough established musicians who were “doing the thing” to convince me it was possible. Most musicians I studied with were primarily teachers and professors which was definitely sort of the path I considered taking, but mainly because it provided stability. I liked to teach but I liked to write tunes and play sessions way way more. I started playing piano when I was about 4 years old and sort of transitioned to saxophone when I was in middle school. I saw my older brother playing in the school jazz band and knew I had to get involved. I’d say my first big show moment was in the 8th grade performing with the Palmetto Middle School Jazz band with Jeniffer O’Neal at the Midwest Clinic in Chicago. That performance changed my life.

When did you start branching out into keyboard and composition?

Well I had a background in classical piano for about 8 years as a kid but started revisiting the instrument as a compositional tool in college at University of Michigan. Ellen Rowe’s Jazz piano course, some causal lessons with my brother Nikos (who’s a phenomenally talented pianist and composer), and then a lot of self teaching which carried me a long way. I never had any formal jazz training on keys. In fact, my first legitimate gig on keys toured into a tour with JMSN, which happened because I was noodling on his Rhodes in a sax recording session he hired me for. Later on in 2017 I became more interested in synthesizers and finding the sound I heard in my head when writing tunes.

"...get cozy in your element. Have fun and be weird. Be original." - Kosie

Where does the name “Kosie” come from?

Kosie is just a nickname that grew out of Kos...Ale...Kos. It’s pronounced like cozy. I wouldn’t say that the music is always “cozy” and let’s cuddle on the couch to listen to Kosie. It’s more of, get cozy in your element. Have fun and be weird. Be original.

Tell us about your first CD, “Beauty Sleep.” What does this CD mean to you?

My record Beauty Sleep I guess isn’t your typical album and definitely isn’t what I imagined doing back when I was learning how to play Stablemates and Hank Mobley licks in all 12 keys. It’s more of a sound scape, beat collection of songs that features various artists/friends I’ve worked with in other settings. I really wanted to find a way as a producer to make music less centered around myself as the saxophone guy, and more about the grooves and sounds. Of course, saxophone is my main axe so you’ll hear me play it on almost every song, but often with trumpet and flute which I record as well. Beauty Sleep was completely an experiment to see what I could create given what I had learned and taught myself to date. Most of the inspiration on that record came from nostalgic memories, outdoor experiences, inside jokes, relationships, and weird dreams.

What can the listener expect from listening to your CD? What are some of the musical styles represented?

The one thing you can really expect to hear on this record is a lot of cool sounds that come from my favorite synthesizers. More horn parts/layers and less “solos.” I try and capture my favorite instruments and key sounds from specific eras but bring a somewhat modern production approach. That doesn’t mean there’s tons of trap hi hats and 808’s, it just means that I’m trying to make funky instrumental tracks with a combination of programming and live musicians. I often record with a Moog Sub 37, Juno 106, Prophet 8, DX7, Rhodes, Clavinet, alto & tenor saxes, and flute. If I had to describe the sound it would be future funk...but with sprinkles of jazz and hip hop influence. Mike Mineo from the blog Obscure Sound said he felt that on the song ‘Ghost in Me’ he was “being submerged into an electro funk aquatic paradise.” I hope that helps.

Talk to us about the process – how long did it take to get this CD together and what was it like working with the other musicians on the tracks?

Making this album was a lot of fun. It took about a year and a half from initial writing to distribution. Writing and arranging the songs came quickly, but the production process took the most time. Not to mention deciding to scrap other songs and beats I didn’t like or felt fit the beauty sleep vibe, haha. I needed to shed software, namely Logic Pro, and find the way I wanted it to sound. The process was usually me making a demo for a beat and then realizing that every tune needed some natural or organic element to not feel stale or too in the box. Usually that meant setting up a session to record singers, drummers, bassists, guitarists, other horn players. Most of the bass parts I record as synth bass but there’s nothing like having the real deal cats come in to do the songs justice.

I love including a bunch of people in the process. All the players which you can see listed on my bandcamp, Facebook, or Instagram are TOP players, session musicians, and producers. I usually had parts in mind, but some dudes you just gotta send the song and let them have fun with it. Jessy Hay recorded guitars on 5 songs and he lives in Amsterdam. Danny Mills, recorded a few parts at his place in LA, but for most part I’m there with the musicians producing and lending my ear to them. I recorded mainly at my home studio, but also at Blue Dream Studios and Hummingbird Studios. Lots of the horn section parts were recorded at my friend Gabe Steiner’s studio. He’s a great trumpeter and producer who goes by the name Bubbs.

What’s next? Will you be performing these works where you live? On tour?

At the moment, I’ve started creating live videos with a band and working on a touring formation that feels very live. I’m more focused on creating the content online and working with artists/animators. When I have enough fans of the music, I will definitely tour the album and succeeding songs that are in the works right now! I’m super grateful for the support so far and stoked to move forward.

"I actually have been playing Vandoren reeds since 2002. I was a fan then and still am!" - Kosie

When did you start using Vandoren products? How do they play a role in your music?

I actually have been playing Vandoren reeds since 2002. I was a fan then and still am! Once the java box came out, I rocked that reed with the Meyer mouthpiece setup for a long long time until I was introduced to the V16 models by Sylvain. At the moment I use ZZs for alto and tenor which definitely give me the perfect balance of full body and resonance with my A5 and T8. I find that for my music, jazz, world music, pop, ANY genre, they work so beautifully. 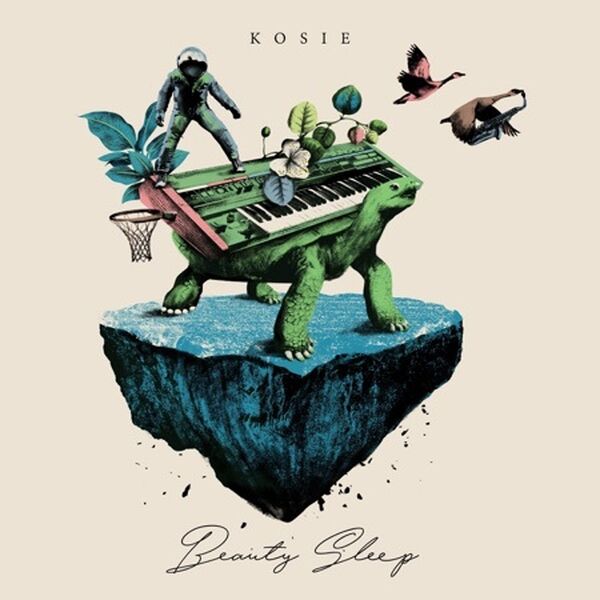