Overcoming the Undertone: Suggestions for Students and Teachers

What is a clarinet undertone? An undertone can be described as nondescript, sometimes "humming" sound, with no distinct pitch. Some refer to the undertone as a "grunt." In developing players an undertone may appear when the register key is pressed to shift into the middle (clarion) register. Undertones may also occur when students approach the altissimo (notes above high C on the staff).

Here are some issues that can cause an undertone in developing players:

1. A reed that is too soft without sufficient heart will almost always contribute to an undertone.

Matching good quality, medium strength reeds with an appropriate mouthpiece should help facilitate this. Unfortunately, some students are given really soft reeds (strength 1.5 or 2) and an open tip mouthpiece at the very beginning stages. An open tip mouthpiece has a large distance between the mouthpiece surface and the reed. (Open tip mouthpieces usually work best with softer reeds). This setup may produce a sound quickly in the low register where the clarinet is most responsive, but the sound may be unfocused and lack the necessary air speed and resistance to play in the middle register and beyond. A weak embouchure grip often accompanies poor air support. If the mouthpiece and reed combination is “super easy to blow," students can get a sound with minimal grip and no corner support.

One student with whom I have been working, discovered that her airspeed and tongue position were too low for altissimo playing. After working to correct the other variables first, we increased the reed strength slightly. The increase has helped, mainly because she is having to speed up the air! An increase in reed strength may not be necessary, but a good reed (that is not worn out) is.

2. Improper voicing (where the tongue is too low) will cause an undertone.

In The Clarinet Doctor

Recently, one of my developing students encountered undertones as she approached highest C# and D for the first time. I asked the student to push the tongue forward – as close to the tip of the reed as possible. After a few tries, the notes began to speak. She described the adjustment this way: “…I lifted my tongue and pushed it closer to the reed.”

Check for an undertone as soon as the lowest Bb is vibrant and focused, approximately at the sixth week of instruction. Have the student play the low Bb while you touch the register key. The higher sound may startle the player because it sounds "different." As a result, the student may stop playing immediately. Be prepared to repeat this exercise until the student understands what is happening. If the top F sounds immediately when you press the register key, most likely everything is working properly. The next step would be to have the student articulate – consecutive tongued notes on the low Bb – that also speak at the 12th (F). 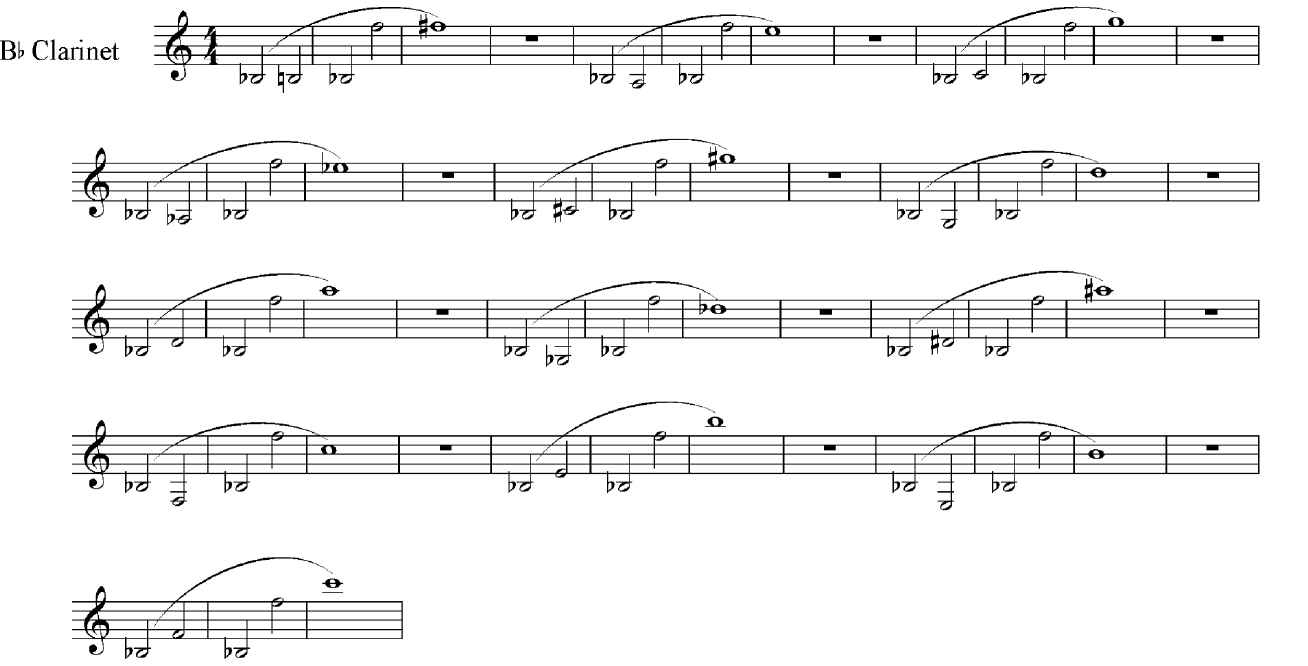 - Build your range one note at a time

- Use a forward tongue position (close to the reed) and fast air.

- You may discover that the airspeed is just too slow, not fast enough to make the instrument respond properly.

- Adjust the bottom lip down slightly on the reed to put more vibrating surface inside your mouth.

- Delay articulation practice until notes are secure with proper airspeed and voicing. 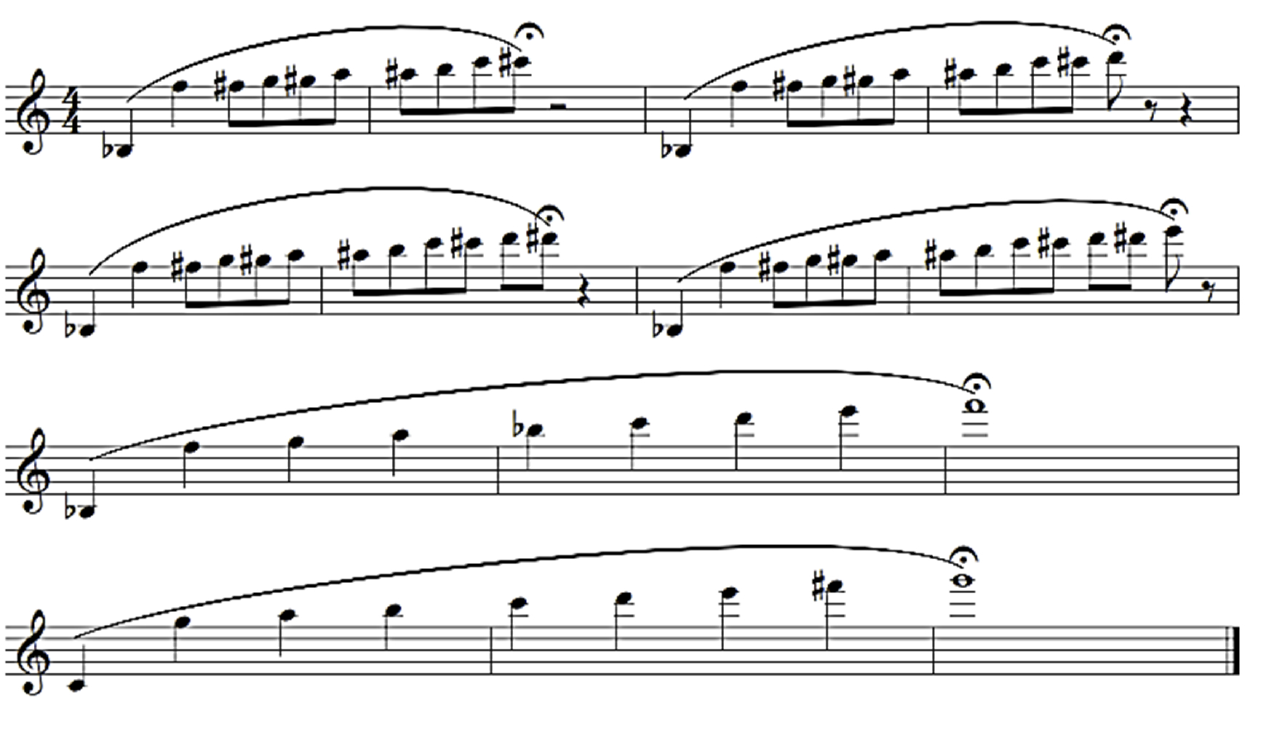 3. Undertones can appear when articulating.

Articulation can compromise the fast, steady air needed to tongue notes cleanly, free of the tiny undertone that appears just before the note starts. These "bumps" appear in the middle registers, especially around G3 to C3. When students are producing a fast, steady airstream, the tongue will have a better chance to stay close to the reed, in a consistent place, near the tip of the reed. Professor Klug says: “The under (sound) problem in articulated passages is driven by an inability to isolate the tonguing to the front part of the tongue only.” – The Clarinet Doctor (p. 68)

Larry Guy’s new book, Articulation Development for Clarinetists, is a complete examination of all things related to clarinet articulation. Larry has expertly organized and synthesized a wealth of information from great master teachers in a useful, understandable format complete with exercises to practice and examples on CD (included)
to illustrate. One of the many gems from this book is a section on how to deal with the undertone. Here is a very brief excerpt:

“Assuming the reed has enough strength in its heart section, the undertone occurs when at least one of three things is happening…1)…not enough reed in the mouth…2)…not sufficient lip pressure around the mouthpiece..3) the middle of the tongue is…too low” – Articulation Development for Clarinetists (p. 21)

Repeated patterns are a good place to start. Getting the tongue to be consistent in motion and placement on the reed is key. Vary tempo and dynamics, and expand the range to address problem notes.

Larry’s tip – not enough reed in the mouth – is confirmed by Dr. David Etheridge, long time Oklahoma clarinet professor and renowned pedagogue. In one of his helpful videos on YouTube, Dr. Etheridge said to “move the bottom lip down on the reed” which allows more reed surface to vibrate.

Here is another type of exercise to try for developing consistent tongue placement on the reed: