The Clarinet Works of Johannes Brahms

During the 1880's, the great German composer Johannes Brahms (1833-1897) believed he had exhausted his creative energies and retired from composing. Upon hearing this news from Brahms, the famed conductor, Hans Von Bülow (1830-1894) invited his friend to Meiningen to hear his orchestra perform the Brahms symphonies. It was as if Von Bülow knew that if Brahms were to come to Meiningen something magical would happen.

It was during these performances of his symphonies that Brahms would hear clarinetist Richard Mühlfeld (1856-1907) perform. Brahms was so taken with Mühlfeld 's artistry that he declared him the finest wind instrumentalist he had ever heard. High praise from the great master! He would later refer to Mühlfeld with such affectionate titles as "Fraulein Klarinette" and “Meine Primadonna". They soon became friends and it was Mühlfeld who inspired Brahms to compose again. The result of their friendship was the creation of four of the greatest compositions ever written for the clarinet and certainly some of the most beautiful and sublime music ever written.

First, in 1891 Brahms composed the Trio, Op. 114 for clarinet (in A), cello and piano for Mühlfeld, cellist Robert Hausmann with Brahms himself on the piano. This was closely followed by the Quintet, Op. 115 for clarinet (in A) and string quartet, written for Mühlfeld and the Joachim Quartet. It is very likely that at some point Brahms had heard the great Quintet, K.581 of Mozart, written for the same instrumental combination.

In 1894, Brahms composed the two Sonatas, Op.120 for clarinet (in B-flat) and piano for Mühlfeld and himself. The duo performed these masterpieces on many occasions together. When Brahms passed away, and as a gesture of friendship and respect, he left the manuscripts to his friend Mühlfeld and they remained in the Mühlfeld family until very recently.

It is interesting to note that Brahms selected the keys of F-minor for the first sonata and E-flat major for the second. Is it just coincidence that the two clarinet concertos of Carl Maria von Weber, written in 1811, bear the same corresponding numbers and keys? Had Brahms intentionally paid homage to another German master whose clarinet concertos have been regularly performed around the globe since their premieres? One can only speculate.

The clarinet compositions of Brahms, written at the end of his life, rank among the greatest music ever composed for the clarinet, rivaling only the great clarinet works of Mozart. All clarinetists owe a huge debt of gratitude to Richard Mühlfeld for inspiring these eternal masterworks. 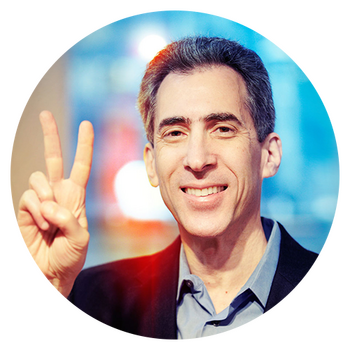 Mitchell Estrin is Professor of Clarinet at the University of Florida and Music Director and Conductor of the University of Florida Clarinet Ensemble. He was the past President of the International Clarinet Association and author of the biography Stanley Drucker Clarinet Master published by Carl Fischer. Estrin performed as a clarinetist with the New  York Philharmonic for over twenty years in hundreds of concerts and on 19  tours. As an international concert artist, he has performed in 37 countries on 4 continents. As a studio musician, Estrin has recorded dozens of motion picture soundtracks for Columbia Pictures, Walt Disney Pictures, Paramount Pictures, MGM, 20th Century Fox, United Artists, and Warner Brothers on feature films. They include Fargo, Beauty and the Beast, Aladdin, Interview With a Vampire, Home Alone 2, Pocahontas, Doc Hollywood, Regarding Henry, The Untouchables, and more. His television credits include recordings for ABC, NBC, CBS, CNN, HBO, TBS, and ESPN. Learn more about Mitchell Estrin.

More repertoire from the author