The Poulenc Sonata for Clarinet and Piano - Performance Tips and History

French composer Francis Poulenc was born in Paris in 1899. As a composer, he was largely self-taught, but was encouraged from a young age to play the piano by his mother and later studied with Catalan pianist Ricardo Viñes. Throughout his life, Poulenc performed as  a pianist, but he is best remembered today for his prolific compositional output.  His many compositions include religious works, music for solo piano, opera, ballet, chamber music, large scale orchestral and choral works, and spirited songs with beautiful melodies. Poulenc was a member of Les Six, the famous group of six leading composers living in France in the early twentieth century.

Poulenc had a particular affinity for writing for woodwind instruments. His interest in the clarinet showed early, when in 1918 at the age of 19, he composed  a remarkable  Sonate pour 2 clarinettes. This unique and often performed work has the unusual instrumentation of one clarinet in B-flat and one clarinet in A. In 1922, Poulenc followed with a brilliant Sonate pour clarinette et bassoon. Poulenc quite often composed solo passages for the clarinet in his large scale works and also composed a spectacular Sextour for woodwind quintet and piano in 1932.

The three-movement Sonate pour clarinette et piano was commissioned by clarinetist Benny Goodman and is dedicated to the memory of Swiss composer Arthur Honegger, Poulenc’s friend and member of Les Six. Sadly, Poulenc  died of a heart attack in Paris just a few months before the world premiere.

The premiere took place on April 10, 1963 at Carnegie Hall, performed by  Benny Goodman and pianist Leonard Bernstein. The first performance in France was on July 20, 1963 by clarinetist André Boutard  and pianist Jacques Février. Boutard had worked with Poulenc and made the first recording of the sonata with Février in 1964. The sonata became an immediate hit with clarinetists around the world and quickly established a permanent home in the standard clarinet repertory. Beloved for its enchanting vocal melodies, sparkling harmonies, and dazzling virtuoso passagework, the sonata has become one of the all-time favorite clarinet recital pieces.

In order to capture the appropriate vocal style, I encourage my students to listen to French songs like this one:

The third movement, Allegro con fuoco (fast and with fire) is a spirited sprint that requires the clarinetist to display both agile technique and rapid articulation. There are a number of finger benders, so my best advice is to practice the difficult passages slowly and work them up to tempo gradually over time using a metronome.

Something else to keep in mind while practicing the third movement is to strive for the same vocal tone as you created in the more lyrical second movement. Due to the many high notes and fast passages, it is easy to become consumed with proper execution and lose focus on the most important musical credo, which is to play with a beautiful tone.  One other important point for the third movement – this comes one measure before number 4 – the third note should be E natural, not G-flat. This correction comes from Guy Deplus, one of the most distinguished clarinet performers and scholars of our time. Deplus knew both Poulenc and Boutard, and his knowledge of the sonata is considered authoritative.

The Poulenc Sonata is an irresistible joyride for any clarinetist. Enjoy your journey into this ageless musical masterpiece! 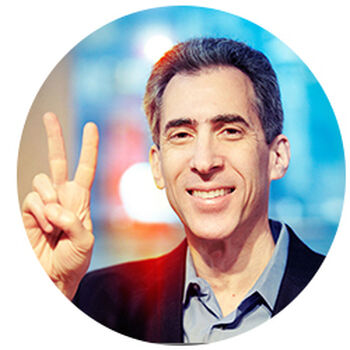 Mitchell Estrin is Professor of Clarinet at the University of Florida and Music Director and Conductor of the University of Florida Clarinet Ensemble. He is President of the International Clarinet Association and author of the biography Stanley Drucker Clarinet Master published by Carl Fischer. Estrin performed as a clarinetist with the New  York Philharmonic for over twenty years in hundreds of concerts and on 19  tours. As an international concert artist, he has performed in 37 countries on 4 continents. As a studio musician, Estrin has recorded dozens of motion picture soundtracks for Columbia Pictures, Walt Disney Pictures, Paramount Pictures, MGM, 20th Century Fox, United Artists, and Warner Brothers on feature films. They include Fargo, Beauty and the Beast, Aladdin, Interview With a Vampire, Home Alone 2, Pocahontas, Doc Hollywood, Regarding Henry, The Untouchables, and more. His television credits include recordings for ABC, NBC, CBS, CNN, HBO, TBS, and ESPN.

More for the VEA Competition