Can you tell us a little bit about your new CD, Quintet?

The content of the album is a collection of tunes that the band has been playing together over the past 10 years. I wanted to represent how the band has evolved since the recordings that have been released and since the solidiﬁed personnel of the band came together. The album features seven original compositions of mine, plus one track featuring my arrangement of the Standard “All or Nothing At All”, something we hadn’t previously recorded or released.

The initial concept for this album started out as an idea to create a collection of high quality, live-­‐recorded videos. I wanted people to be able to actually see and hear how the band sounds together. These days, fans around the world largely consume music through video streaming and social media platforms, so I wanted to put more video content out there that I felt more accurately represented how we sound. I ultimately decided to also release the music through traditional platforms. So, we recorded in the studio and created a traditional full-­‐length album, but with the added component of live videos for each track.

The title of the album puts the focus on this release being about the band as a unit. The Roxy Coss Quintet, which features pianist Miki Yamanaka, guitarist Alex Wintz, bassist Rick Rosato and drummer Jimmy Macbride, has been in existence for the past 10 years, but only came together in this instrumentation and personnel since the previous album, The Future Is Female (Posi-Tone Records). This is our ﬁrst release on Outside In Music, a label run by trombonist Nick Finzer.

How would you say this new CD reflects your career and evolution as a modern jazz saxophonist?

I think that a person’s discography naturally features their growth over me, and I hope listeners can hear the direction I’m headed and my process along that path of growth. I continue to try to push myself in my performance and saxophone skills as I continue in my musical career. I do feel that as I grow in musical maturity, I feel less pressure to prove myself in each track. Every tune is a diﬀerent opportunity to express something diﬀerent, and the more material I release, the less pressure there is on each track to represent everything at once. So, I think there’s probably an ease or a more relaxed sentiment that wasn’t there when I ﬁrst started recording.

"This album is different in that it is focused more on the ensemble as a band..." - Roxy Coss

How is this project different than your last four albums?

This album is my fifth release as a bandleader. The first four albums have largely focused on me and my personal journey as a musician and human. The mostly original compositions have had evolving themes that reflect my personal growth through musical concepts. This album is different in that it is focused more on the ensemble as a band, and how our band sound has evolved as we’ve grown together, performing this music over the course of several years.

How would you describe the experience and process of working on this album compared to past projects?

This is the first project that I’ve worked on with the assistance of support from the Emerging Artist Project, a Grant program from the Local 802 Musicians Union of AFM Greater New York area. It was really helpful to know that the costs of the project would be covered with no question, and I could fully pursue producing it in the way I wanted to. I was able to work with a record label that allows total artistic freedom and control, and subsequently work with an entire support team to promote and publicize the project to its fullest potential. This meant I could take my time with the process as well. The idea of utilizing existing material, but experimenting by trying out a new medium in the video format, was something I couldn’t have done in the past without this grant support.

How do you prepare yourself and an ensemble to record in a studio?

With this material, I felt that we were musically prepared already as individuals and a band, since we have been performing these tunes for several years now. We were all comfortable with the content, which is usually the biggest focus of preparation. This time, it was more about preparing a plan for recording it in a format that would make an interesting full-length album. I wanted to make sure each band member was featured throughout the record, so deciding who solos on what and in what order, which tunes would have piano vs. Rhodes, and what the tune order would be on the final album. It was also fun process to select which of our tunes I wanted to include in this recording. I got a chance to go back over some older material and revitalize it.

"We have been able to build trust and relationships that allow us to take greater risks in the music..." - Roxy Coss

What message would you like this CD to send to the listeners?

This album is all about representing the experience of being in a working band and showing how we’ve grown together. I feel very fortunate to have a regular working ensemble. By having band members who play together a lot, we have a chance to develop not only as individual musicians, but as a collective unit. We have been able to build trust and relationships that allow us to take greater risks in the music, which I think makes for a more interesting listening experience Plus, I think it allows us to grow more as individuals to a certain extent as well, to have the opportunity to try things out musically together on a regular basis. Performing material over the course of several years naturally leads to experimentation and us trying things to make sure it isn’t boring for us - the music is different each time we play it!

Roxy will be performing her CD release show at The Nash in Phoenix, AZ on September 27th. More here. 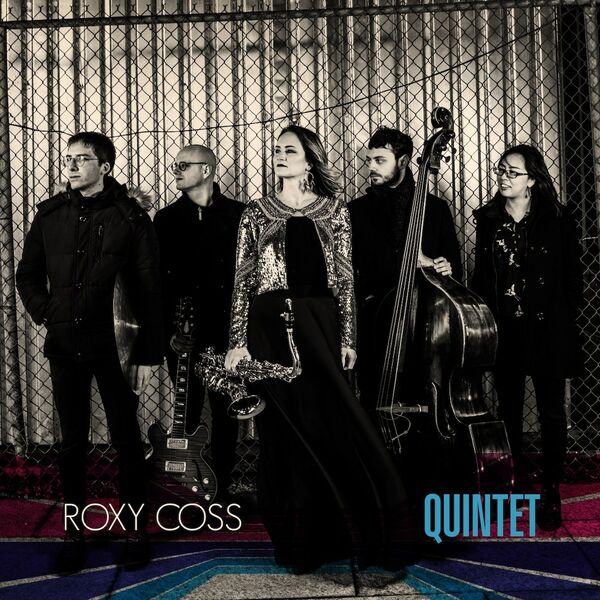 The Future is Female: An Interview with Saxophonist Roxy Coss