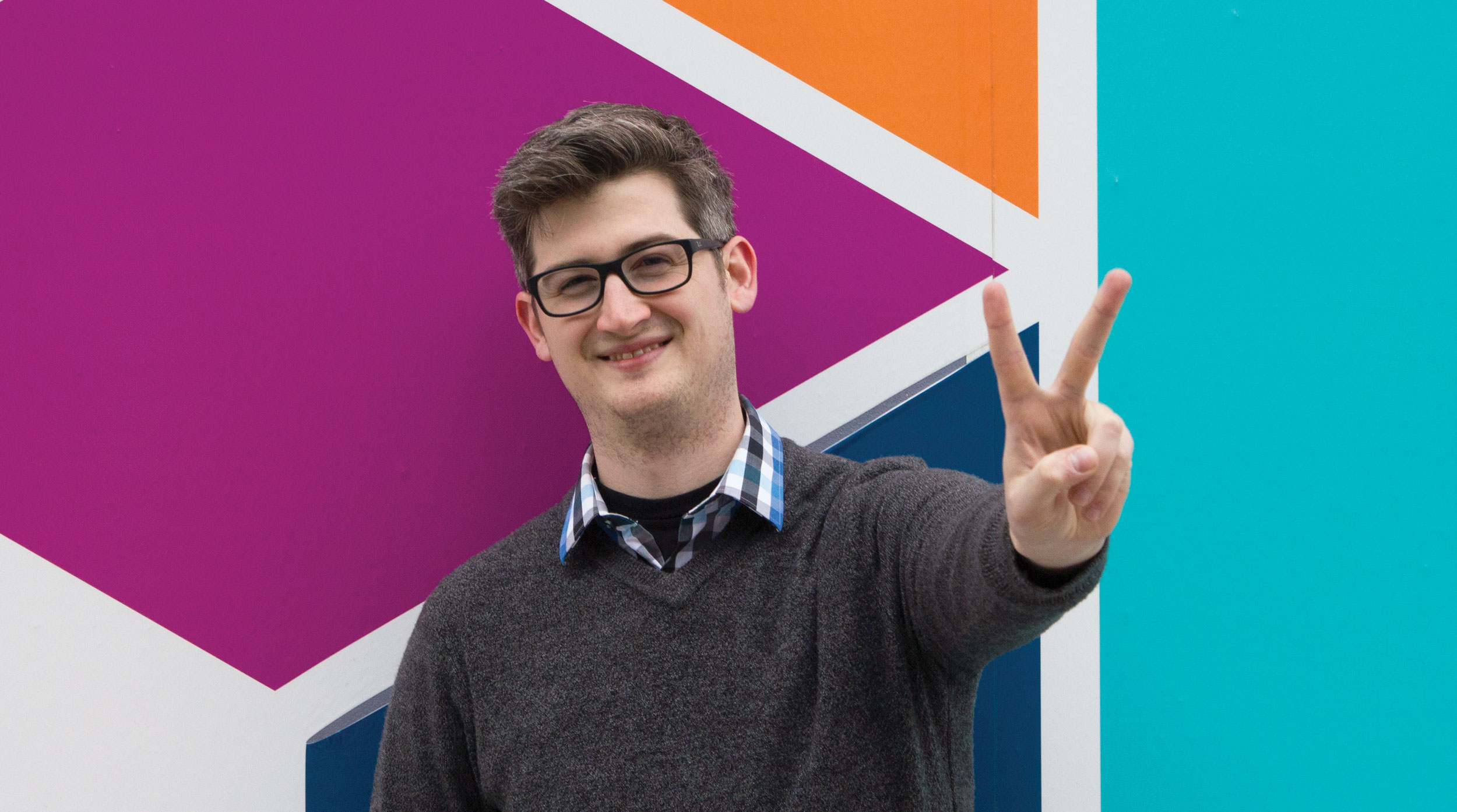 How did you organize the recording session for your first album?

Corbin Andrick: I run a jam session every Wednesday night since December of 2010.  The original band I put together included Marquis Hill, Justin Thomas, David Agee, and Tim Ipsen.  Over the next couple of months the band turned into Marquis, David, old friend Katie Ernst, guitarist Daniel Bruce, and pianist Brad Macdonald.  We started putting together as much material as possible including an original by Katie and decided to get a day of recording time at IV Labs studios.  At the time, I was a senior at DePaul University and broke, so we did a Kickstarter to raise a little over $2,000 which ended up paying for post-production (mixing, mastering, and printing).

The studio may seem like an elusive and intimidating place to some people – do you find yourself playing differently during your studio sessions?

Corbin Andrick: The issue that I have in the studio is dealing with small, dry sounding rooms. I have a tendency to play quieter than I normally would because of this.  I find myself walking out into the big room where the drums are and playing in between takes to remember that I like how I sound. Really though, once I get into the zone, I feel exactly like I do when I’m not under the microscope.

In your experience, how long does a recording session take?

Corbin Andrick: The first and second albums were both done in one full day of tracking (11 AM – 10 PM, roughly).  I’ve realized that it isn’t enough time to fully enjoy the experience, so this last time I ended up getting two full days in the studio. With my music, we record 2-3 takes and move on to the next.  The music is always well rehearsed and it’s more about the vibe than getting the “perfect” recording for me.

How did you choose your repertoire in addition to the kind of album you wanted to release?

Corbin Andrick: The repertoire really chose itself.  Some of the tunes I wrote ended up “vibing” well with the band and those were the ones that we chose to record.

Do you have any advice for people looking to record their first album?

Corbin Andrick: Recordings are documentation of what is happening in the time.  It’s a learning experience.  Every time I go under the microscope, I learn something new about myself and my musicianship.  It inspires me to practice, write, and live  in different, more meaningful ways.  I like to move on as quickly as possible to the next project.  In our two days of recording last week, we tracked 22 different tunes.  Looks like we may have 2-3 album releases under Bonzo Squad in 2016.

Can you tell us a little more about your second album, “Olmstead’s Whistle?”

Corbin Andrick:  My second album, Olmstead’s Whistle, is with what I’m referring to as the 2nd edition of the Lilly’s band.  Andrew Green took over for David Agee and we added Juan Pastor on percussion.  It is made-up of entirely my original material which was, of course, what we were playing at Lilly’s.  The story behind the name, Olmstead’s Whistle, is based on my father’s middle school band director Tom Olmstead.  He was the one who got my Dad to pick up the trombone and likes to think that he’s the one who planted the seed for me to be in the music world.  He referred to his saxophone as a ‘whistle’.

What did you learn from your first recording session that helped make your second album release more efficient?

Corbin Andrick: The second release was the one that I learned from the most.  I was doing it while I was getting my Master’s at DePaul and it took much longer to release.  I’m actually in the process of mixing a third record with a project called “Bonzo Squad.”  The most important thing that I learned from these recordings is that you can’t do it by yourself.  I asked for more help with the 2nd album and that help got us up to #43 on the JazzWeek charts. I would particularly like to draw attention to one person, Ben Scholz – he’s the man.  Building your own community is the most important (and difficult) task.  The musicians, engineers, photographers, interns, bookers, and people become what the recording is about and the experience is everything.