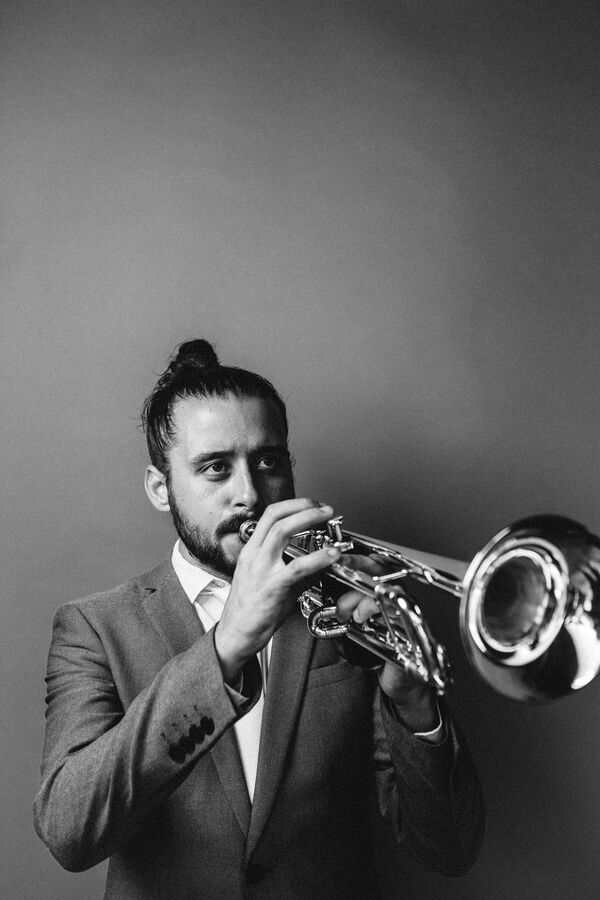 Jay Jennings has been a member of Snarky Puppy since 2004. Before meeting his Snarky family at the University of North Texas, Jay grew up in the small town of Grapevine, TX. He was lucky to have a piano in the house growing up, which he considers his introduction to music education. Jennings started playing the trumpet at age 11, and by 15 he was already playing professionally. In high school he was selected to the Texas All-State Jazz Ensemble both sophomore and senior years and was selected for the High School Grammy Jazz Ensemble, which performed at the 44th Annual Grammy Awards in Los Angeles, CA. Jennings auditioned as a college freshman and was selected for a jazz soloist chair in the world renowned One O'clock Lab Band at UNT. When he was 22 he joined the Dallas based, symphonic rock band The Polyphonic Spree. He recorded and toured with them until moving to Brooklyn, NY in 2009. Jennings eventually began touring with Capitol Records artist Eli "Paperboy" Reed in 2010 and over his career has backed up some of the world's finest artists such as Aretha Franklin, Michael McDonald, David Crosby, David Bowie, Lalah Hathaway, Frankie Valli and the Four Seasons, Lee Fields, Bobby Rush, Harry Shearer (Spinal Tap), The O'Jays, Jimmy Buffet, James Taylor, Jon Bon Jovi, Billy Joel, The Four Tops, and many more. Currently, Jay is touring with country music star Toby Keith and is currently living in Los Angeles, CA.  He continues to record and tour with the Grammy Award winning band, Snarky Puppy.

Upon his move to Los Angeles in February of 2017, Jennings began composing for his own band, The YAYennings Quartet.  This marks the beginning of Jay’s solo career as a band leader.  The bebop driven quartet began during the Snarky Puppy recording session for Culcha Vulcha in 2016.  Jennings and fellow Snarky Puppy band mate, Bob Reynolds(tenor), spent much of the session’s “off time” jamming in a room with a grand piano playing duets.  After realizing they share a similar interest in early 1950’s west coast bebop, Jay started composing for his own band.  Jay called upon his west coast UNT alumni Jose Perez (Pancho Sanchez, Bokanté) on drums and Ross Schodek (Pancho Sanchez) on bass to be the back bone in the “chordless” quartet.  The YAYennings Quartet album “Scott Ave” will be released in February of 2019.  Jay Jennings is a member of the Yamaha artist family and proudly plays Yamaha trumpets.  Jay is also a member of the Denis Wick family and proudly plays DW mouthpieces and mutes.