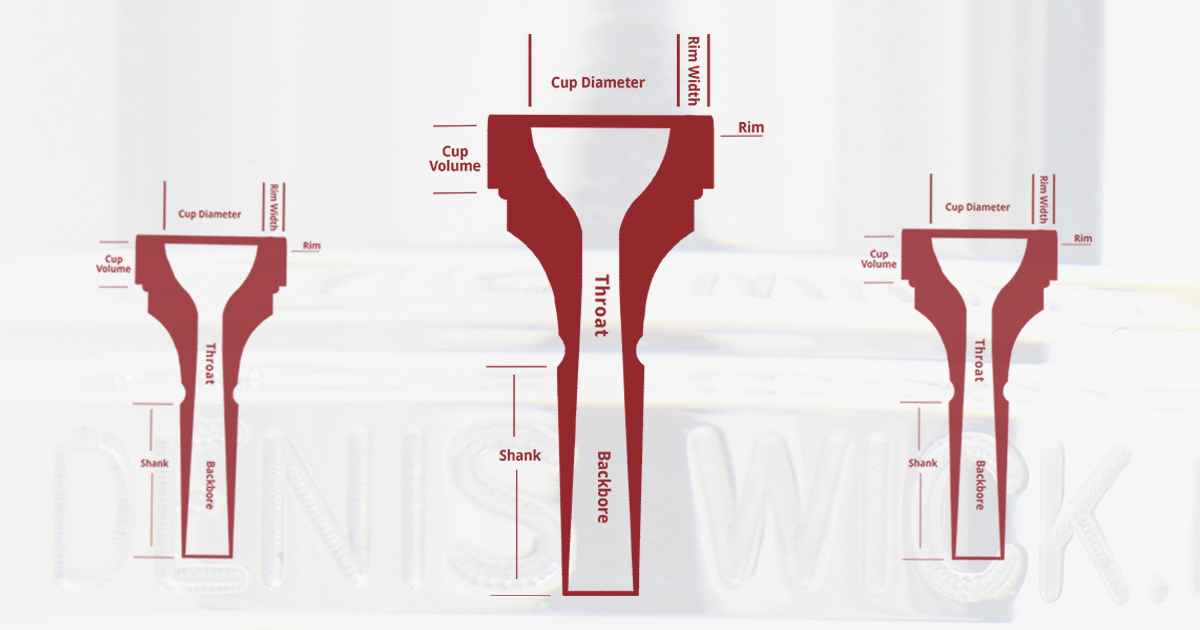 If a brass player wanted to measure their own mouthpiece, what would be the best tool?

Ryan Adamsons: The single best tool is the internet. There is information out there on almost every mouthpiece and since every measurement is most useful as a comparison, the bevy of charts available (and in particular the Kanstul mouthpiece comparator) are an invaluable as a resource to learn what is similar and different about various mouthpieces.

Assuming you want to make your own measurements, whether for lack of information, questions about if it’s really what a chart says it should be, or pure curiosity, then the question becomes what you’re trying to measure.  That said, most of those will benefit from using a good micrometer.

How does a micrometer work and how is it used?

A micrometer is basically a fancy ruler for finding very small linear measurements, and they are used differently depending on the kind of micrometer and what you’re trying to measure.  An example would be measuring the throat of a mouthpiece; in that case, we use an adjustable bore sizer (a fancy metal stick that can change diameters incrementally) that I expand until it can’t fit through the throat, then I measure that diameter with the calipers of the micrometer.

Are there different types of micrometers? Do any particular brands stick out?

I have no personal feelings on brands, but we have a Carrera Precision 6” Digital Caliper  at the studio and like it a lot.  It has a digital display, measures inside, outside, and depth in both metric and SAE, has lived up to its online reviews, and cost about $25.  As a disclaimer I’m using it for comparison purposes rather than quality control which would require a much higher degree of accuracy, but it has definitely served its purpose thus far.

"...the playing characteristics of a mouthpiece are made up from the sum of its parts rather than any one thing..." - Ryan Adamsons

What are the common dimensions one can find when reading a mouthpiece chart?

The four basic parts of the mouthpiece are the rim, the cup, the throat, and the backbore so that’s what people are most interested in measuring.  As far as dimensions, there are complex curves involved so there are multiple dimensions in each of those components making it difficult to measure consistently and compare across manufacturers.

The moral of the story is that the playing characteristics of a mouthpiece are made up from the sum of its parts rather than any one thing, so any measurement is really a point of reference rather than a gospel truth regarding playability.

What do you believe is the most important dimension on a mouthpiece?

Like I said above though, measuring cup diameter can be tricky to use as a comparison across different styles and brands of mouthpieces.  For instance, if I am looking at comparison charts to try and find similar size trumpet mouthpieces I wouldn’t exclude anything within .5mm or even more if I’m not familiar with that style of mouthpiece.  The variance in measurements and what might play similarly once you add in the rest of the mouthpiece is pretty big, so when in doubt, try it out.

How does a gold-plated mouthpiece differ in sound characteristics and playability opposed to its non-plated counterpart?

Gold is a softer metal, so its main affect is how it feels on the face.  A lot of players find it more comfortable especially if they have a ton of extended playing sessions.  One tradeoff is that some players (myself included) also feel that it has a slower response, but there are also plenty of players that have no issue with that.

In terms of actual sound characteristics, changing the metal or material used to create a mouthpiece or instruments will inherently change the sound.  However, the plating process does not change the material used to make the mouthpiece, rather it coats the mouthpiece in a very small layer of gold, making the tonal difference negligible.  Other than feel, the main reason I see players go with a gold mouthpiece is if there is a nickel allergy since most silver plating has some nickel.

Assuming all the other characteristics of the mouthpiece (ie. internal dimensions) are the same, a mouthpiece with more mass will play “darker” than a mouthpiece with less mass.  This is because more mass helps transfer more low frequency vibrations to the instrument, but it also can transfer fewer high frequencies or “deaden” the sound.

In terms of playablity, a lighter mouthpiece will generally play “brighter,” respond quicker, and have easier flexibility between registers and partials than a mouthpiece with more mass.  A heavier mouthpiece will play “darker” and lose some of the response and flexibility of the lighter piece, but have more defined “slots” for each partial and feel more even in terms of effort and tone across the range of the instrument.

How much of each of these characteristics depends on a variety of factors like how much the actual mass differs and how the mass is distributed through the mouthpiece.  For instance, the Denis Wick Classic mouthpiece carries the bulk of its mass in the top of the mouthpiece, where the Heritage series carries its mass in the base.  Though the two series share the same sizing, their playing characteristics are totally different.

The most important thing to keep in mind is that, whether dealing with mass or dimensions, a measurement is no replacement for simply playing the mouthpiece yourself. Defining the correct range of measurement that supports your needs will definitely help you in your searches, but as always the goal is to make music so if it works; it works. 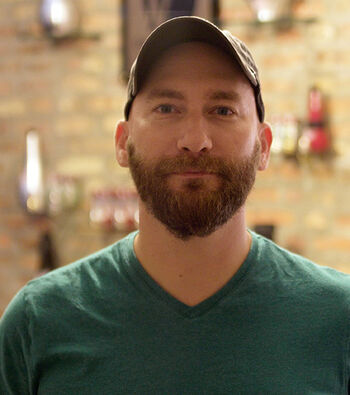 A native of Springfield, Virginia, Ryan Erik Adamsons is a freelance musician based in Chicago. He earned two Bachelor of Science Degrees in Jazz Studies and Brass Performance under Jack Schantz and Scott Johnston respectively at the University of Akron (2000-2006). In addition, Adamsons earned his Masters Degree in Jazz Composition under Tom Matta at DePaul University in Chicago (2007- 2009). On the performance side, Adamsons has written and/or performed with groups such as Daphne Willis, Nootka Sound, Tom Matta Big Band, Bob Lark Alumni Big Band, Billy Wolfe Composer's Octet and Tetradectet, Jazz Community Big Band, and his own group the Medium Ensemble. Adamsons also taught brass with the Bluecoats Drum and Bugle Corps from Canton, Ohio and  (2012-present) with the Santa Clara Vanguard from Santa Clara, California. Adamsons is also on the Board of Directors for the Chicago Jazz Orchestra, coordinating their education programs.

Subscribe to the BUZZ to receive 3 weekly articles for Performers, Students, and Educators

A Beginner's Guide to Mouthpiece Anatomy