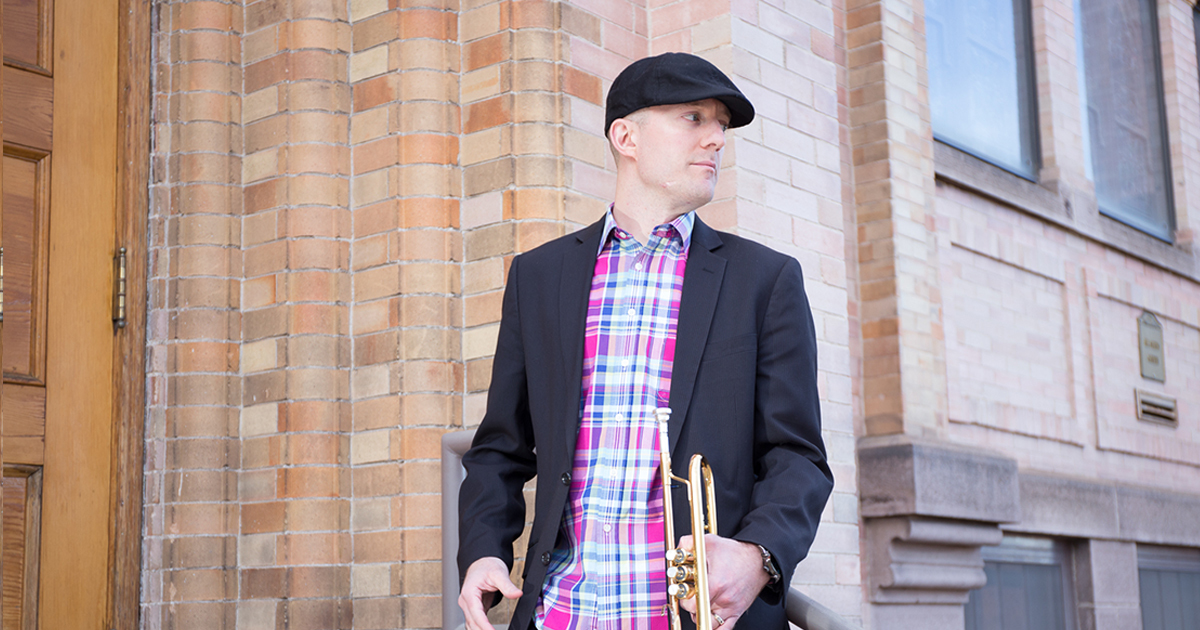 If this is your first time visiting this blog, I wanted to say welcome and invite you to check out the past posts in this blog. For those that are returning-welcome back to Week #23 where we’re going to talk about Let It Breathe. This week’s tip doesn’t have any musical examples or any exercises, but is something that I think everyone can find some benefit from.

Sometimes in our pursuit for finding our voice or that perfect line, we as musicians tend to say too much. You hear it a lot at college campuses and at jam sessions. Musicians throw in every thought, lick, line, motif and kitchen sink into one improvisation. Don’t get me wrong, it’s great to have stuff to say. However, in our attempt to sound mature we string line after line without leaving space for the improvisation to breathe. Those that play wind instruments (trumpet, sax, bone, etc) at least have to breathe at some point. But, those shouldn’t be the only places that the improvisation has space. Some of the best musical examples (improvised or written) I can think of have a nice balance of notes AND rests. We have to remember as improvisors that everything we play and don’t play is a part of our improvisation. That space matters and it allows our whole improvisation to breathe.

I recently attended the Trumpet Hang in Denver, CO this last weekend and one of the clinics presented by trumpeter Bob Montgomery was on the topic of conversation in improvisation. The driving point behind Mr. Montgomery’s advice was that our improvisations are not one way conversations. You make a statement (a sentence), pause for reaction from either the audience or rhythm section and then make another statement. Unless you’re doing a solo gig, you’re not the only one playing on the stage! Everything that happens within an improvisation (solo) is a part of that improvisation. What the rhythm section plays in your space gives you options on where you could go. If we think of making statements and pausing (or waiting for reaction) before making another statement, we allow the music to breathe and create a more organic improvisation that goes beyond our practice routine of playing with backing tracks.

Personally, I would rather hear an improvisation that breathed a little and had interaction from everyone in the band over hearing a soloist play non-stop as if they were the only one present. I’m not saying that busy is bad (there’s an appropriate time for it), but not ALL the time. Let the music breathe every once in a while and let the interaction between you and the rhythm section take you in a new direction. You’ll be surprised at what might happen!

I hope you’ve enjoyed this week’s tip and would love to hear from you! If you’ve got suggestions on how you would let the music breathe, leave a comment here. Also, share this tip (and blog) with your friends and colleagues via Facebook, Twitter, LinkedIn, Google+ or any other site that you’re a contributor. It’s great to hear from all of you and I’m always glad to hear from new friends in other countries! Finally, if you haven’t checked out Targeting: Improvisation With Purpose yet, be sure to click the link on the right or go to Jason Klobnak Music for more information. There are some new reviews up and there will be a short video coming soon from the clinic I did at Drake University in October! Have a great week!

Jason Klobnak is a versatile trumpet player that has been performing as an active musician, author, clinician, composer and educator. His band, The Jason Klobnak Quintet/Quartet (JKQ) is made up of high-caliber musicians known for their professionalism and versatility. The JKQ brings an infectious energy, warmth and distinct sound to the jazz experience. Together they have recorded their second full-length album in 2015 called New Chapter in part thanks to the Pathways to Jazz Grant from the Boulder County Arts Alliance. In 2015 and 2016, New Chapter was in the Top 75 on the Jazzweek charts and on the Top 10 playlists for over a dozen radio stations worldwide. Their first album, Mountain, Move made the Best Recordings of 2013 list from AllAboutJazz.com by C. Michael Bailey. Jason has also recorded a very well reviewed Christmas single, Hark the Herald, in 2016 as part of a creative project with musicians James Roberson and Nathaniel Kearney Jr.

Besides the JKQ, Mr. Klobnak is a Westone Audio endorsed artist (ES20 and Tru Customs) and has played and recorded for numerous groups ranging from jazz, soul/R&B, indie-rock/pop and gospel. He has also written two improvisation-based books called Targeting: Improvisation With Purpose and Breaking the Monotony and is currently an adjunct professor and brass instructor at Arapahoe Community College. Mr. Klobnak holds a bachelor degree from Drake University (Des Moines, IA) and a Master’s degree from the University of Denver, Lamont School of Music (Denver, CO).